Morale Boost For The Lovelorn; Canonization Fodder; Catching Some ZZZ’s, Throwing Some LED’s; R.I.M.E. In The U.S.A. 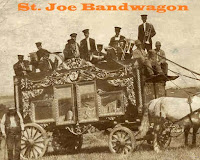 Welcome to our March 17th edition of Joseph Young’s Puzzleria! This Sunday, March 19th, is the Feast of St. Joseph… 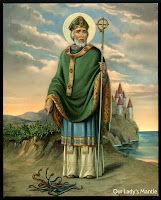 What about St. Patrick, you say? Yeah, sure, I guess his feast day is today, March 17. But who cares? Let’s face it, all the Patmeister really did was to drive a mess o’ serpents outta Ireland, and to drive up the price of shamrocks on the commodities market. (Sorry Patrick J. Berry!)

So, what’s so hot about St. Joseph, you may ask? Well, he was “only” the father of God! – okay, okay, step-father, but still...
So do an Irish jig off of that boozy green St. Paddy Wagon and hop aboard (7:49) our bluesy clean St. Joe bandwagon!

Speaking of the saintly, our Appetizer this week consists of limericks in which you must fill in the blanks to complete some of the rhymes. I composed these limericks 24 years ago; maybe you can improve them by filling in the blanks with words different from what I used!
Besides that Appetizer, we offer nine other puzzles this week, including 7 Will Shortz Rip/Riff-offs.
Please enjoy… but please also go easy on the green beer!
Hors d’Oeuvre Menu

Happily Ever After Hors d’Oeuvre:Morale boost for the lovelorn
A bachelorette and bachelor, both lovelorn for too long, meet at a singles bar, go on dates, fall in love, and marry. He gets a job driving a taxi; she stays at home as the housekeeper. He makes no sales, gets canned and cannot find other work. Their house becomes a pigsty; the food is inedible. They bicker and battle.

They go to a marriage counselor who suggests he be the housekeeper and she begin bringing home the bacon and bread. They heed the advice. She gets hired driving a bakery delivery truck. It turns out that he is a neat freak, one who goes online and learns to become a gourmet cook. They live happily ever after.
The moral to this fable – which is also the key to its happy fairytale ending – can be summed up in two or three words – or  actually, in a two-word phrase or a three-word phrase, both which express the same idea with very similar wording.

In March Saints March In Appetizer:Canonization fodder
To rejuvenate hearts (9 letters)And save souls were two goals of St. (7),   Plus, with all of his might or   His shamrock or (5),To rock shams (that makes three), what a (3,5)! 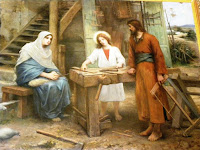 Marching in go the saints all this (5)From March 1st through to March 31th.    Were we all, Lord, so numbered –

Holy souls (12)By holes – we’d with love overrunneth!
Fill in the blanks in the limericks above to complete the rhymes.
(The numbers in parentheses at the end of the lines indicate how many letters the words contain.)
MENU
Ripping Off Shortz And Collins Slices:R.I.M.E. in the U.S.A. 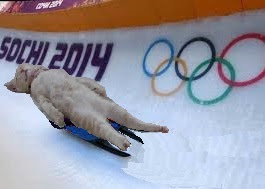 Will Shortz’s March 12th NPR Weekend Edition Sunday puzzle, composed by Peter Collins, reads:Name a well-known city in the U.S. Two words. The second word rhymes with a word meaning “certain stories” — and the first word rhymes with something found in those stories. What city is it?Puzzleria’s Riffing/Ripping Off Shortz and Collins Slices read:

ONE:Name a well-known city in the southern U.S. Two words. Write a caption for the image of the “feline Olympian” (at the right, above) using three one-syllable words – noun, preposition, noun, in that order. The caption’s first two words form a rhyme for the city’s first word. The caption’s third word rhymes with the city’s second word.What city is it? What is the caption?
TWO: 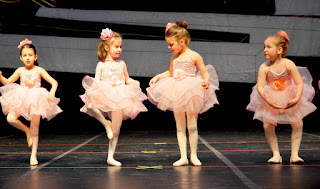 Name a well-known U.S. artist. Just the last name, two syllables. The first syllable rhymes with a word meaning a “certain story” — and the second syllable rhymes with something found in that story. What artist is it?
THREE:Name a city in the western U.S. Two 2-syllable words. The first word and the first syllable of the second word rhyme with dances, both which highlight hip movement. What city is it? What dances are these?

FOUR:Name a city in the western U.S. Two words. The second word rhymes with the name of a poet, one word — and the first word rhymes with a subject depicted in his poetry. What city is it? Who is the poet and the subject? 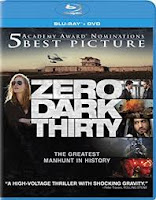 SIX: Name a well-known but very small town in the eastern U.S. Two words. Each word rhymes with a collective term for creatures – the first used with quail, doves, swans and otters; the second used with ducks or bucks. What small town is it? What are the collective terms?
SEVEN: 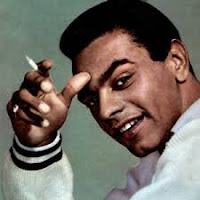 Remove the first letter from a 4-letter Apple product, resulting in a collective term for a marine mammal. Name a 6-letter Amazon tech product that is a collective term for a young feline mammal that appears in the lyrics of a Johnny Mathis hit song. Now name a well-known city in the southern U.S. Two words. The first word rhymes with the marine mammal — and the second word rhymes with the title of the hit song.What city is it? What are the hit song title, the two mammals and the Apple and Amazon products?
Dessert Menu
Digital Alarm DessertCatching some ZZZ’s, throwing some LED’s 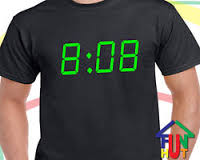 At 8:08 in the evening, just before hitting the hay, Bob sets his battery-powered LED digital alarm clock for 8:08 in the morning.Alas during the wee hours, when Bob is in the middle of catching some dreamy REM ZZZ’s, his clock malfunctions, buzzing much earlier than he had set it for. Groggily, Bob grabs it from his bed’s headboard and pegs (like a right fielder trying to throw out a tagging runner at home) the still-buzzing clock across the dark room. What developed immediately after he did this?
Well, let’s put it this way. If Ted Williams – or anyone with similar superior eyesight – were in the bedroom at that moment, he or she would be able to read two alternating LED images on the clock display as it hurtles spinningly wallward. 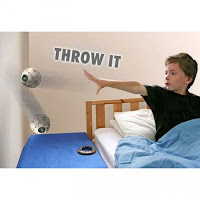 Our master chef, Grecian gourmet puzzle-creator Lego Lambda, blends and bakes up mysterious (and sometimes questionable) toppings and spices (such as alphabet soup, Mobius bacon strips, diced snake eyes, cubed radishes, “hominym” grits, anagraham crackers, rhyme thyme and sage sprinklings.)
Please post your comments below. Feel free also to post clever and subtle hints that do not give the puzzle answers away. Please wait until after 3 p.m. Eastern Time on Wednesdays to post your answers and explain your hints about the puzzles. We serve up at least one fresh puzzle every Friday.